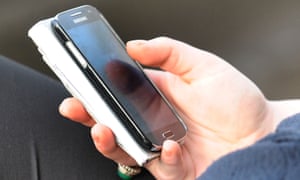 The refusal by police forces to disclose whether they are exploiting covert surveillance technology to track mobile phones is to be challenged at a tribunal next week.

Privacy International, represented by lawyers for the civil rights organisation Liberty, will attempt to overturn a ruling allowing the Metropolitan police and seven other forces to “neither confirm nor deny” use of the controversial equipment.

The hardware, known as an IMSI – international mobile subscriber identity – catcher, tricks mobile phone handsets into connecting to them by impersonating phone towers. It can pinpoint phone owners’ locations or intercept calls and text messages.

Reports that the Met has been using covert communications data capture (CCDC) that can masquerade as a mobile phone network date back to at least 2011.

There has been extensive criticism of illiberal regimes overseas using the technology to crack down on dissidents in states such as Bahrain, the Philippines, Saudi Arabia and in Turkey.

In 2016, documents obtained by the Bristol Cable, a citizens’ media cooperative, indicated that a number of UK police forces had also bought CCDC hardware.

The latest challenge to police surveillance techniques comes in the wake of a high court case surrounding South Wales police’s use of facial recognition cameras. Ed Bridges, a former Liberal Democrat councillor, alleges that the cameras breach data protection and equality laws. Judgment in the case is expected in the autumn.

IMSI catchers can gather data about large numbers of phones over a distance of several miles. The surveillance is said by human rights groups to be “intrusive and indiscriminate”.

Both Privacy International and Liberty argue that police forces are violating the Freedom of Information Act by refusing to disclose information about the technology. The public are being left in the dark about the implications for their privacy rights, free speech and freedom of association, the organisations warn.

The hearing will be at a tribunal centre in central London on 27 and 28 August.

Megan Goulding, lawyer for Liberty and Privacy International’s solicitor, said: “We welcome the tribunal’s examination of an inept system where public bodies are free to ‘neither confirm nor deny’ they hold significant information with next to no rigorous scrutiny of their position.

“It is vital the public is able to access information on the indiscriminate surveillance technology used against us. We hope the tribunal acknowledges the threat to our rights and encourages a more diligent approach from the Information Commissioner’s Office.”

The police forces challenged over their alleged use of CCDC technology are Avon & Somerset, Kent, the Met, South Yorkshire, Staffordshire, Warwickshire, West Mercia and West Midlands.

A Met spokesperson said: “The Metropolitan police service can neither confirm nor deny the use of specific covert surveillance technologies. To do so may impact on our ability to protect the safety and security of Londoners.

“We would like to reassure the public that the use of any covert surveillance is governed by strict legislation, associated governance and a full oversight regime.”

Last July, the Information Commissioner’s Office upheld the police forces’ refusal to comment. In its submissions to the ICO, the Met said: “Although the techniques are in the public domain, it is how and when they might be used that are the sensitive issues.

“Any disclosure under [the Freedom of Information Act] is a disclosure to the world at large, and confirming or denying the use of specialist techniques which may or may not exist, and which (should they exist) the MPS may or may not deploy in specific circumstances would prejudice law enforcement.”

Confirmation of its existence would, the Met said, reveal “that the MPS have access to sophisticated communications analysis techniques. This would be damaging as it would (i) limit operational capabilities as criminals/terrorists would gain a greater understanding of the MPS’s methods and techniques, enabling them to take steps to counter them; and (ii) provide an indication to any individual who may be undertaking criminal/terrorist activities that the MPS may be aware of their presence and taking counter-terrorist measures.”