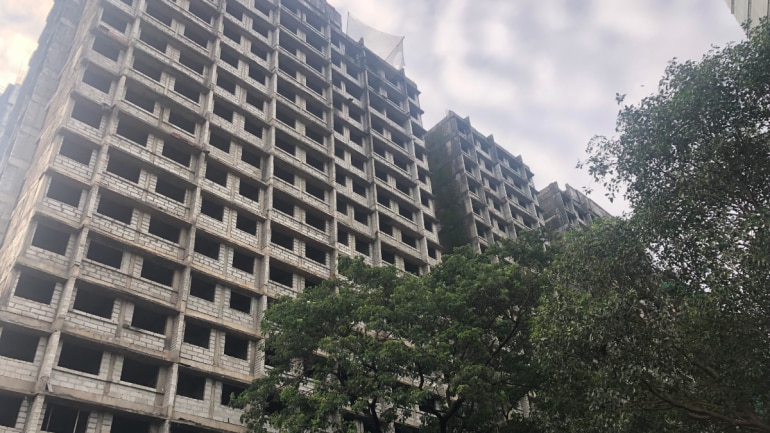 The real estate sector in India is arguably going through one of the worst phases in recent times. The country’s financial capital Mumbai is riddled with a large number of unfinished projects and an equally large number of unsold units in the city and suburbs. And the numbers have only been rising over the last couple of years.

“A lot of changes have taken place in the real estate sector in the last couple of years. RERA has come into existence and then GST hit the market in a big way. Many investors like me had invested in a lot of projects before these changes were brought about. So today we are stuck,” says real estate investor Mandar Sarmankar.

Mandar Sarmankar says that he understands that his developer is also stuck like him due to funding crunch in the slumping economy.

As a result, many projects are lying unfinished. And the real estate sector as such has come to a standstill, he says.

As per the Independent real estate research institute Liases Foras, India’s top 30 cities had 1.28 million unsold housing units as of March 2019, a jump of 7 per cent from March 2018, when the number was at 1.2 million.

Many investors that India Today TV got in touch with feel that demonetisation widely wiped out a parallel economy. They also assert that the rules and regulations in Mumbai which changed over the years also had an impact and also the premium which increased along with the slowdown in economy and funding issues led to the unimaginable present scenario.

According to the Liases Foras latest report:

“Where is the money to invest? We have invested all that we could. And now look at the state of the economy. People are losing their jobs, there is uncertainty everywhere. Not just the real estate sector but across the industries this is the scenario. It isn’t inspiring. This can’t be corrected immediately either. The recovery with corrective measures by government will take some years,” Mandar Sarmankar says.

The home investor argued that even as demonetisation could be termed as the trigger but the GST broke the industry’s back. “Imagine if for a Rs 1 crore flat you end up paying Rs. 14 lakh tax then where will the home buyer and investor get such amount. This is a difficult scenario for the real estate sector and hence you are witnessing these hard times,” adds Sarvankar.

City developer Amit Parab, who’s undertaken several projects in Mumbai, says the negative impact of the current slow down in the sector is more visible in the city rather than the suburbs. Without naming his particular projects, he pointed out that the maximum problems have been seen in:

“I feel GST has played a major role along with slow down in the economy. Investors played a primary role in this sector but today they have perished. Because of so many NPAs the NBFCs have slowed their process and have become cautious. So unless the government steps in with reforms there’s going to be further erosion in demand,” says Amit Parab.

He further adds that the industry is further suffering from slow down in other industries as the consumers’ strength came from these varied industries which are themselves in the red in the present circumstances.

People are scared to invest thinking what if the company they work for shuts down in the near future. Many also feel if relaxations aren’t provided in EMIs there won’t be any change.

Experts say even with GST relaxations in place it will clearly take some time before things settle down and these unsold units are cleared but till then the sector will remain unattractive.

“The government has taken a series of steps from reducing the interest rates, dropping GST rates from 12 per cent to 5 per cent on the under-construction property and from 8 per cent to 1 per cent on affordable housing and implementing the RERA. Despite all these efforts, the market and consumer sentiments remain sluggish, especially in Mumbai and Delhi-NCR market and key metros,” Mayur Shah, Managing Director, Marathon group told India Today TV.

“Not surprisingly, property prices have stagnated or fallen in many cities, especially where investment demand was a big driver of the real estate market,” Mayur Shah said.

Marathon group MD said that while they have received many inquiries, the bookings are on a slower side. “We expect an uptick in the coming quarter, especially in the affordable segment due to coming festive season,” he said.

Mayur Shah argued that a sustained recovery in the sector will take longer than expected. This also means it will affect the job prospects for the masses, given that the construction sector has been the biggest driver of job growth in the recent years, he said.

“To overcome the sectoral slowdown, we are hoping a big stimulus package from the centre and state to revive the real estate and housing industry. The recent news of Finance Ministry thinking of setting up a stress fund for various infrastructure sectors, including real estate is a welcome move in the right direction,” he said.