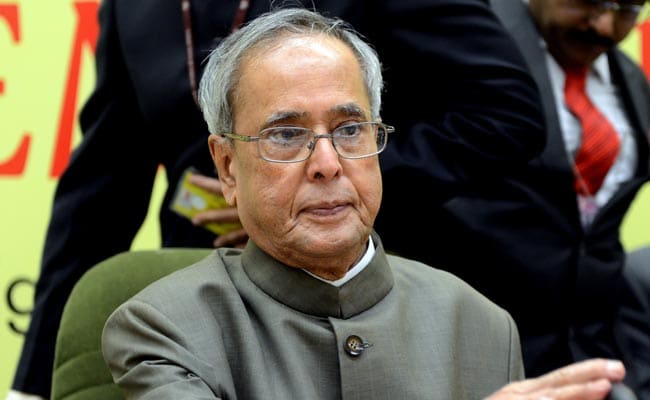 BENGALURU:  President Pranab Mukherjee will be on a two-day visit to Karnataka from December 22 for official engagements, a statement said today.

According to his itinerary, President Mukherjee will fly to Bidar in the state’s northern region on December 22 and proceed to Kalaburgi, about 650 km from in Bengaluru, to participate in the second annual convocation of the Central University of which he is the chancellor.

“Later, Mukherjee will arrive in Bengaluru to unveil magneto encephalography equipment and dedicate the heritage building of the state-run National Institute of Mental Health and Neuroscience (Nimhans) in the city,” said the statement issued by the Karnataka government.

On December 23, he will grace the 150th anniversary of Bishop Cotton Boys’ School in the city and participate in the foundation day celebrations of the state-run Kidwai Institute of Oncology, adjacent to Nimhans.

President Mukherjee will also lay the foundation stone for the state cancer institute in the same premises. He will later leave for Hyderabad, the statement added.