The Problem With Expensive Real Estate 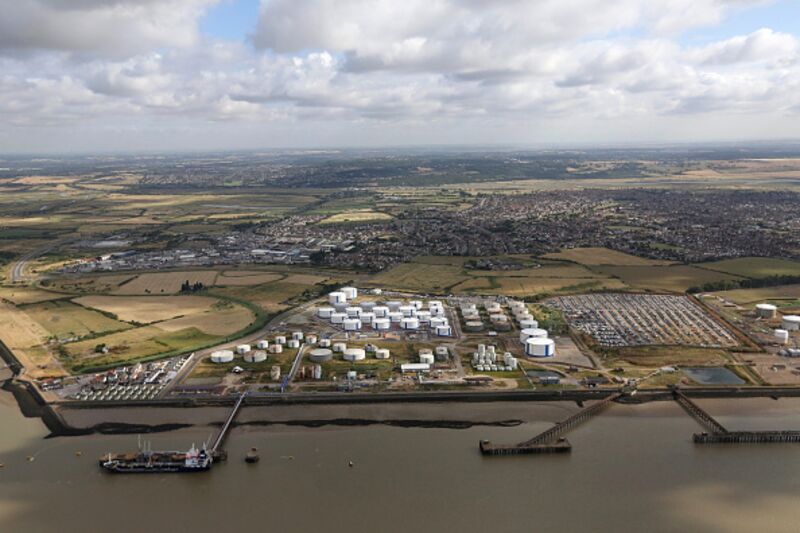 The U.K. Office for National Statistics has recently begun to track the value of land as part of the national accounts — and it turns out that dirt is now just about the biggest thing going in Britain:

I was tipped off to this development by Josh Ryan-Collins, an economist at University College London’s Institute for Innovation and Public Purpose. Ryan-Collins has been making the case lately that we ought to paying much more attention to land and its economic role. This was a central concern of such early economic theorists as Adam Smith, David Ricardo and John Stuart Mill, who saw land as a fundamentally different resource from labor or capital and thus deserving of special scrutiny and treatment. One frequent prescription was stiff taxation of land values, which in the U.S. became the focus of a political movement inspired by the economist Henry George. Some went even further. When pro-free-market theorist Léon Walras built the general equilibrium model in the 1870s that was a precursor to much of modern economics, he assumed thatin an optimally functioning economy, land would be nationalized — with the rent it from it replacing taxes as the means of funding government.

Then economists lost interest. As Ryan-Collins wrote at Evonomics earlier this year:

At the turn of the nineteenth century, a group of economists began to develop a new kind of economics, based upon universal scientific laws of supply and demand and free of normative judgements concerning power and state intervention. Land’s uniqueness as an input to production was lost along the way.

Why did economists do this? One theory, advanced by University of California at Riverside economist Mason Gaffney (a big Henry George fan), is that as wealthy businesspeople supplanted clergymen on the boards of trustees of U.S. colleges and universities, they put pressure on faculty members to shut up about things like aggressive land taxation and collective ownership of resources. I’m sure they did! But I can think of a bigger reason why economists might have lost interest.

This reason was that land’s relative economic importance was receding. With the huge gains in agricultural productivity of the 19th and 20th centuries, owners of farmland were no longer the powerful economic bottleneck that they had been. Meanwhile, industrial production was able to spread out as energy sources shifted from water power to coal to electricity. The rise of the automobile allowed everything to spread out in new ways. Land just didn’t seem so scarce anymore. As Katharina Knoll, Moritz Schularick and Thomas Steger document in their epic examination (published in the American Economic Review in February) of housing prices in 14 affluent nations since 1870, real housing prices actually fell by about a quarter across the developed world from the late 1800s to the 1950s. Knoll and her coauthors also estimated land prices by tracking changes in construction costs over time; the resulting “real mean land price index” fell by more than half from 1900 to 1950. (Two devastating World Wars clearly were a factor in these price declines as well.)

And then … real house and land prices started going up across most of the developed world. The rise was steady and not too sharp in most countries through the 1970s. In the U.S. — which has a lot more land than most rich nations — there was actually no rise in real prices over that period. But then, after dips during economic troubles in the early 1980s and 1990s, house prices began a steep rise in all of the 14 countries except Germany (where reunification posed unique economic challenges) and Japan (where a spectacular price boom ended in the early 1990s).

The most obvious explanation for this can be found in a book that my Bloomberg View colleague Noah Smith and I cite a lot, University of California at Berkeley economist Enrico Moretti’s “The New Geography of Jobs.” Advanced economies are driven by an “innovation sector” that “generates new ideas and new products,” and this sector requires lots of highly skilled, creative people working in close physical proximity. Once a city has established itself as a center of such work, it just attracts more and more of it. So location matters again, a lot.

It matters most in a centralized country such as the U.K., where the innovation sector is to a remarkable extent concentrated in just one city (London) and its surrounding area. The labor productivity gap between the best-performing region in the U.K. (Greater London) and the worst (Wales) is bigger than in any other developed country. As a result, land values appear to loom larger in the U.K. economy than even in the much-more-densely-populated Netherlands, which has at least been able to spread its high-end jobs among a number of cities.

U.S. statistical agencies do not publish a regular accounting of the value of land, but estimates indicate that its share of gross domestic product is nowhere near U.K. levels on a national basis. A 2015 estimate by William Larson of the Bureau of Economic Analysis put the value of all land in the 48 contiguous states in 2009 at about $23 trillion, or 160 percent of that year’s GDP. An estimate of land values in 91 metropolitan areas assembled last month by chief economist Issi Romem of the contractor-network site BuildZoom put the total, by my reckoning, at about 116 percent of those metro areas’ collective GDP. Romem says that’s probably a bit low, because his estimates didn’t include the land under commercial buildings. Even without that boost, though, the land values are awfully high in some places.

Metro Santa Rosa’s numbers are skewed by the fact that it’s to some extent a bedroom community of the San Francisco area, which drives up its land prices without adding a commensurate amount of economic activity. But in general the lesson here is that land values are really, really, really high in coastal California.

So … what is to be done in places like California and the U.K.? The first step is just acknowledging that high and rising property prices are not really something to be celebrated. They price out would-be workers, thus slowing growth. They funnel resources away from more productive investments, also slowing growth. And they exacerbate economic inequality — which appears to slow growth, too. In “Rethinking the Economics of Land and Housing,” a book published early this year aimed chiefly (but not exclusively) at a British readership, Ryan-Collins and co-authors Toby Lloyd and Laurie Macfarlane write that “perhaps the key challenge facing economists and policy makers today is how to break the positive feedback cycle between the financial system, land values and the wider economy.” Given that in many countries, including the U.S., policy makers have for decades been trying to keep that cycle going — under the banner of encouraging home ownership, or stimulating the economy — that’s going to be quite a challenge.