Winner Winner Chicken Dinner – that was the most absurd yet funniest tag I ever heard last year. PlayerUnknown’s Battlegrounds or PUBG had been there on PC for a while and the idea of a console-quality game with similar gameplay physics excited the bunch of gamers who spend a considerable amount of their time exercising their thumbs or reflexes. Using Unreal Engine 4, PUBG MOBILE introduced PC-quality graphics and physics for smartphones.

The global version we have on our smartphones launched a month later on March 20, 2018. At the time, PUBG MOBILE offered only the classic gameplay mode on its sole map – Erangel. However, from the beginning, publisher Tencent Games maintained that PUBG MOBILE will offer the full PUBG experience optimised for smaller handheld devices. It was this resolution that helped the game scale new heights within a few months of its launch. Today, PUBG is a phenomenon and there’s no other game that can challenge it in terms of popularity.

Since PUBG turns one, we look back at how this mobile game went viral to an extent that it’s now a major concern for an entire country, or in fact, most people around the world.

–When PUBG MOBILE was launched, it only came with one gameplay mode and one map. Players were only able to play the Classic mode matches on the Erangel map.

–Unlike its rival Fortnite, PUBG MOBILE was supported even on budget smartphones from the first day. Therefore, with a wider reach, PUBG was able to rope in more and more players over the course of time.

–Unlike most games, PUBG MOBILE didn’t come with a tutorial. Instead, players were let go to learn the hard ways of a battle royale game. This method attracted gamers who preferred a more realistic approach to a fighting game instead of an arcade feeling.

–PUBG MOBILE echoed the harsh realities of the real-life battlefields. For the first time, players had to invest time for devising strategies as well as improving skills to simply survive for a long time. 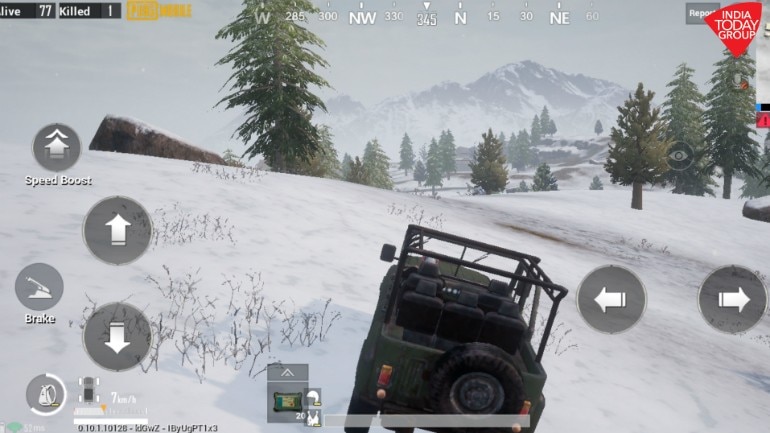 –Tencent released Miramar – the second map in PUBG MOBILE. The desert map introduced new challenges and fresh content for players to enjoy. Also, the arcade mode came in as a relief for those who wanted PUBG thrills without spending a considerable amount of time.

–Over the course of time, Tencent kept adding more maps to the game to keep players interested. The game also got new gameplay modes such as the War Mode and the sniper mode.

–To keep first person shooter lovers happy, PUBG MOBILE added a first-person mode. This offered a new perspective to players who were used to Counter Strike and Battlefield.

–The new seasons bringing special content-both on a free as well as a paid basis. This keeps hardcore gamers interested and customises their characters to express themselves on the battlefield.

–To reap in the benefits of PUBG’s popularity, the publishers started organising official e-sports tournaments involving professional PUBG players from India. The event was successful and has paved way for others to host PUBG MOBILE tournaments.

However, PUBG MOBILE like any other product has seen a lot of criticism. Lately, it has been gathering negativity over the Internet.

–Youngsters and even grown-ups have been reported to be severely addicted to the game.

–People have been fatally affected with PUBG’s addiction. For example, a fitness trainer in Jammu was hospitalised after he started hitting himself while playing PUBG and underwent trauma. Similarly, an 18-year-old boy from Mumbai attempted suicide after his parents refused to buy him a premium phone for playing PUBG. –To protect the interests of parents as well as children, PUBG is now facing a ban from various government agencies and educational institutions. For example, the Gujarat government recently issued a notice to all primary schools to ban children from playing PUBG. The Vellore Institute of Technology (VIT) also banned PUBG.

–Recently, even Prime Minister Narendra Modi acknowledged the issue of PUBG addiction in the country at an event called Parkisha Pe Charcha 2.0 and discussed ways in which parents could deal with it.

It now remains to be seen how publisher Tencent Games handles all the criticisms for its most popular mobile game while keeping it relevant in for gamers.