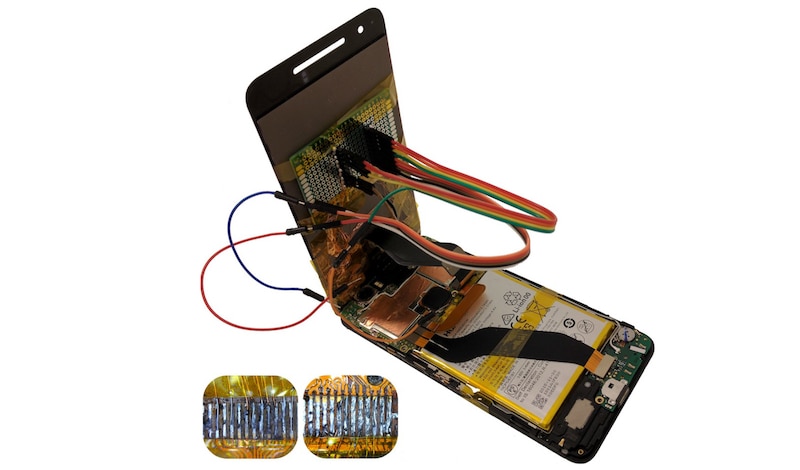 There seems to be no end to the ways hackers can get inside your smartphone. It is increasingly getting easy for hackers to infiltrate smartphones through malicious apps via app stores, but now a new study finds that your data can be compromised after replacing your cracked display with a third-party screen with malicious chips.

Researchers from Israel’s Ben-Gurion University of the Negev have discovered that a replacement screen can potentially give attackers control over your smartphone or tablet. This is done, they say, by embedding a malicious chip under a third-party screen, which can be used to log keyboard input and patterns, install malicious apps, take pictures and email them to the attacker without the user’s knowledge. Notably, these chips cost less than $10 and can be mass produced, and can be procured by third-party service centres. These malicious chips are also hard to distinguish between legitimate ones, which makes identifying them even harder.

The research team was able to hack into a Huawei Nexus 6P and LG G Pad 7.0 by embedding a malicious chip. They found that in addition to to recording keyboard inputs, installing apps and other remote commands, the attack could also exploit vulnerabilities in the smartphone’s operating system kernel.

An attack of this kind is generally called “chip-in-the-middle” in which a malicious integrated circuit is embedded within two points and monitors the communications they exchange. In this case, the researchers used an Arduino platform running on an ATmega328 micro-controller module to carry out the attack. They also used an STM32L432 micro-controller, but they believe that most other general-purpose micro-controllers would also work. The researchers then used a hot air blower to separate the touchscreen controller from the main assembly, which allowed them to gain access to the copper pads. Next they soldered a copper wire to attach the chips to the device.

They note that with a little more work, the replacement part can be hidden seamlessly inside the phone and one wouldn’t be able to detect it. While the test devices were Android-based, researchers say that iOS devices like iPad and iPhone models are also susceptible to such booby traps.

The researchers have outlined some low-cost countermeasures manufacturers can implement to protect their phones from attacks via malicious screens. Apart from this, the report also urges stronger certification process for replacement parts so that the customer is assured only certified parts go into the device.

[“Source-gadgets.ndtv”]
be Can Chips control Malicious phone Replacement Screens To Used with your 2017-08-22
Loknath Das