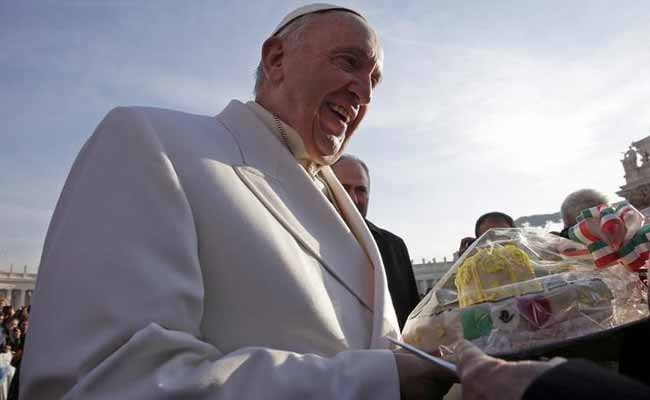 VATICAN CITY:  Pope Francis today warned Catholics against fraudsters who would have them pay to pass through “Holy Doors” at cathedrals around the world, a ritual in the Church’s current Jubilee year.

“Be careful. Beware anyone who might be a little fast and very clever who tells you have to pay. No! You don’t pay for salvation. It is free,” he said in unscripted remarks to tens of thousands of people in St. Peter’s Square for weekly audience.

During the year-long celebrations that began last week and are one of the most important events in the 1.2 billion-member Church, the faithful will make pilgrimages to Rome and other religious sites around the world, mostly local cathedrals.

By passing through a holy door of a church, which remains closed except during a Holy Year, Catholics symbolically pass from sin to grace.

Holy Years usually take place only every 25 years and the next one was due in 2025. But the pope, who wants a more inclusive and less judgmental Church, called an extraordinary one on the theme of mercy, compassion and forgiveness.

To underscore that the Church should show additional concern for the poor this year, he has taken the tradition beyond houses of worship and will open a symbolic “holy door” at a Rome homeless shelter on Friday.

Rome has already seen some Holy Year fraud. This week Italian police confiscated 3,500 counterfeit parchments bearing purported blessings by the pope and were being sold to pilgrims coming to Rome for the Holy Year.