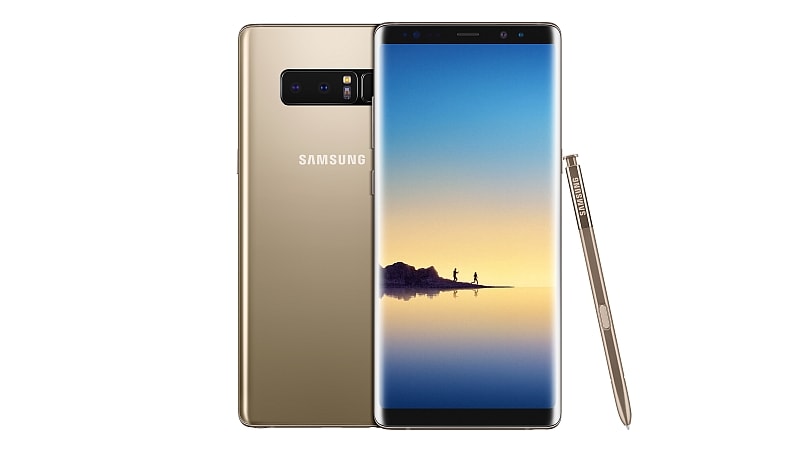 Samsung Galaxy Note 8 India launch event has commenced, with company executives taking turns to unveil the device and detailing its features. While you can check out the live stream on the official website, or head to our Galaxy Note 8 India launch live blog to get minute-by-minute updates of the event in real time. At the event, the company will unveil the Galaxy Note 8 price in India, and the variant headed to the country. According to a recent report, the company has already received 72,000 Galaxy Note 8 pre-bookings, and registrations have crossed 2.5 lakh in the country – 1.5 lakh on Amazon, and the remaining 1 lakh on the official Samsung website.

The Note 8 is the first smartphone from the South Korean company’s stables that sports a dual rear camera setup, and the successor to the ill-fated Samsung Galaxy Note 7. As seen in previous generations of the Samsung Galaxy Note series, the smartphone comes with an S Pen stylus, as well as an Infinity Display that was seen in the Samsung Galaxy S8. It is also IP68-certified for dust and water resistance, capable of withstanding immersion in up to 1.5 metres for up to 30 minutes.

The Galaxy Note 8’s dual rear camera setup has dual OIS, with one 12-megapixel sensor sporting a wide-angle lens, Dual Pixel AF, and an f/1.7 aperture, while the other 12-megapixel sensor has a telephoto lens with autofocus and an f/2.4 aperture. The setup is capable of depth of field effects like Bokeh, apart from 2X optical zoom. The front camera has an 8-megapixel sensor with autofocus and an f/1.7 aperture. Storage variants include 64GB, 128GB, and 256GB, expandable via microSD card (up to 256GB) in a hybrid dual-SIM configuration.