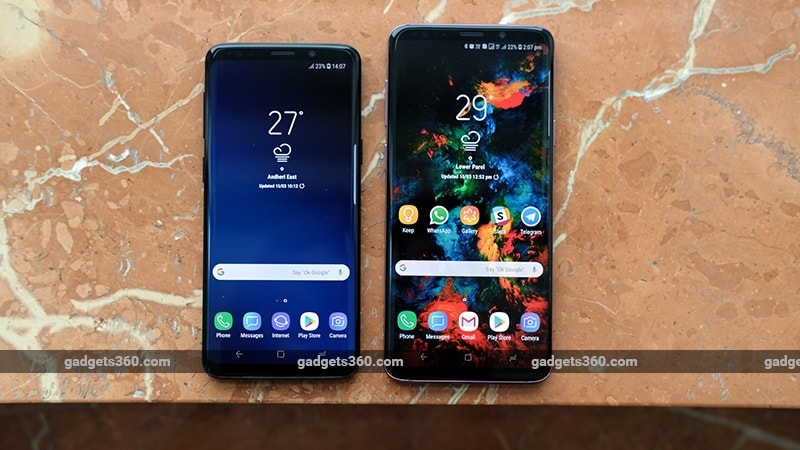 Samsung may soon replace its iris scanning technology with a new biometric camera, if a recently granted patent is any indication. 3D facial recognition technology is one of the safest authentication used to unlock smartphones, but Samsung’s handsets still do not have it. Apple had Face ID on its iPhone X for some time now, and as per a new report, Samsung is planning to have something similar soon. The electronics giant was first rumoured last month to be working on a 3D facial recognition technology for its next-generation Galaxy S10 smartphone. As it now turns out, the rumour could have some formal basis as a patent application has been approved by the US Patent and Trademark Office (USPTO).

As per a Patently Apple report, Samsung had filed a patent in 2014 covering 3D sensing for facial recognition, and it has now been granted. This means Samsung is working on a smartphone feature that is similar to Apple’s Face ID, but was patented before the latter’s launch. According to the report, the biometric camera integrated into a mobile device will feature iris recognition that will be used to scan a user’s iris via the front-facing camera. The patent document reportedly reveals that the biometric camera system includes a NIR (near infrared) light source on the mobile device when capturing an image to address ambient light challenges.

The patent also reportedly shows that the camera will come with an extended depth of field (EDOF) lens, a bandpass filter to filter out ambient light, and an imaging sensor to convert an object’s optical image into an electronic signal for processing. Additionally, will also be equipped with a processor meant to receive video images of a user’s iris from the sensor that attempts to match it with previously registered images stored in an iris database, wherein if a match is found, the user is authenticated.

As of now, there is no information on the availability of this technology in Samsung phones. It is possible that you could see it in the Samsung Galaxy S10, which will launch next year. It is also possible that Samsung may not use this 2014 patent at all. Companies use patent filings to secure a particular design for their future products. It is up to the companies to keep or discard them. Notably, Oppo Find X and Xiaomi Mi 8 Explorer Edition are the two smartphones, apart from iPhone X, that come with 3D face recognition technology.