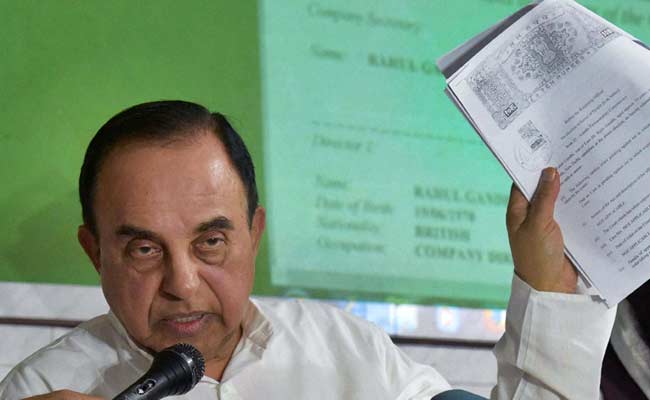 NEW DELHI:  BJP leader Subramanian Swamy today demanded a Serious Fraud Investigation Office (SFIO) probe into allegations of shareholders of Associated Journals Ltd (AJL) that they were not consulted before the transfer of the entire equity into Young Indian Private Limited.

SFIO is a multidisciplinary organisation to investigate serious financial frauds.

The Associated Journals Limited, which published the National Herald, a newspaper founded by Jawahar Lal Nehru, and its assets and liabilities were acquired by a company named Young Indian in which the Congress president and her son hold more than three fourths equity.

Mr Swamy, whose complaint had led to summoning of Congress president Sonia Gandhi, her son Rahul and two others in the case National Herald case, also sought the takeover of AJL properties in different cities by DDA as they had been “illegally transferred to Young Indian, which rented” them out.

In a letter to the Corporate Affairs Secretary, the BJP leader alleged that AJL shareholders are “complaining that the transfer of freshly issued shares, which constituted more than 99 per cent of the total shares were carried out without their knowledge or information.”