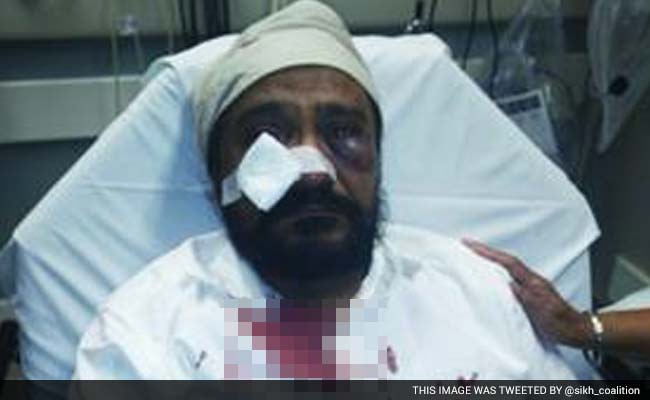 NEW YORK:  An American teenager accused of brutally beating an elderly Sikh man in the US and calling him a “terrorist” and “Bin Laden” has pleaded guilty to one count of hate crime, a media report said.

The 17-year-old, whose name was not released, pleaded guilty on December 7 to hitting Inderjit Mukker, 53, of Darien and will be sentenced in February in juvenile court.

Mr Mukker was assaulted on September 8 when the Willowbrook teen pulled up to his car yelling racial slurs, including, “Terrorist, go back to your country, Bin Laden!”

A US citizen and father of two, Mr Mukker was on his way to a grocery store and was repeatedly cut off by a driver.

He pulled over to the side of the road to let the driver pass, but the driver instead pulled in front of his car and aggressively approached Mr Mukker’s vehicle.

The assailant then reached into the car and repeatedly punched Mr Mukker in the face, causing him to lose consciousness, bleed profusely and suffer a fractured cheekbone and a laceration to his cheek.

He was rushed to the hospital, where he received six stitches, treatment for lacerations, bruising and swelling.

Harsimran Kaur, the coalition’s legal director and Mr Mukker’s attorney, said Mr Mukker was in the courtroom when his attacker entered his plea.

“We are pleased the defendant is accepting responsibility for the impact of his actions on Mukker and the Sikh community,” Mr Kaur was quoted as saying by the Chicago Tribune.

“We believe it’s important to acknowledge hate when it happens. We will continue to monitor the case when it goes to sentencing,” she said.

The suspect was identified through a description of the offender and his license plate number.

When the police went to the teen’s home, he resisted arrest and punched an officer in the face, the state’s attorney’s office charged.

The Sikh Coalition, a civil and human rights advocacy group, had called for the case to be prosecuted as a hate crime.

Initially authorities had said they will not bring hate crime charges against the teenager, sparking outrage among members of the community who had been demanding that prosecutors try the suspect under federal hate crime laws.

Mr Mukker had expressed strong disappointment at the decision saying he was “appalled and disgusted”.

“What happened to me on Tuesday night is the definition of hate,” he had said.

The Sikh Coalition’s legal team pursued the case and met with the DuPage State’s Attorney’s Office, sharing additional evidence and information that showed hatred to be the primary motivation behind the crime.

Later State’s Attorney Robert Berlin announced the juvenile petition had been amended to include one count of hate crime, after further investigation and the discovery of additional evidence.