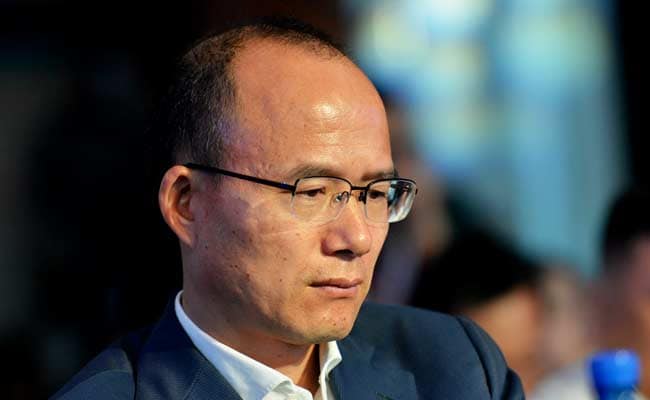 BEIJING:  The billionaire boss of one of China’s largest private companies, who was last week rumoured to be being detained by authorities, has turned up in New York, media said today.

The four-day disappearance of Guo Guangchang, known as China’s Warren Buffett, sparked rumours that the head of Fosun had been caught in a crackdown on the financial sector.

He reappeared briefly at a corporate meeting Monday, after nervous investors drove the group’s primary traded stock down by almost ten percent, but had not been seen in public since.

“He appeared to be in good spirits,” according to the accompanying post, which added that the picture was evidence that Guo had been “merely helping an investigation”.

In the wake of Guo’s disappearance, Fosun subsidiaries said the 48-year-old executive — known as a loyal advocate of the ruling Communist Party — was “assisting in certain investigations” by Chinese authorities.

The photo shows Guo sitting in what appears to be a restaurant, locked in conversation, as wait staff stand behind him. The authenticity of the photo could not immediately be confirmed.

Fosun is a private conglomerate with sprawling interests in China and abroad, including Club Med and Cirque de Soleil.

It has a large real estate portfolio in Shanghai — stronghold of former president Jiang Zemin, whose allies have been targeted by President Xi Jinping’s anti-graft campaign.

Guo was linked by local media to Wang Zongnan, head of state-owned Shanghai retailer Bailian, who was given an 18-year sentence in August for embezzlement and bribery.

The Fosun chairman sold two villas to Wang’s parents in 2003 at less than half their market value, according to widely circulated media reports.

Guo denied the allegations, but they have raised questions about his relationship with Wang and by extension Jiang.