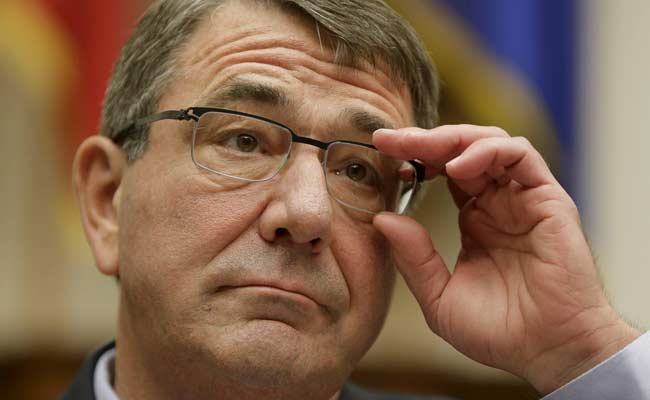 US Defense Secretary Ash Carter testifies before a House Armed Services Committee hearing on “U.S. Strategy for Syria and Iraq and its Implications for the Region” in Washington on December 1, 2015.(Reuters)

BAGRAM AIR BASE, AFGHANISTAN:  US Defense Secretary Ash Carter arrived in Afghanistan today, where officials said he planned to meet with US troops and military commanders and Afghan officials.

In a report to the US Congress released this week, the Pentagon painted a grim picture of the security situation in Afghanistan, finding that from the beginning of the year to mid-November, there were 27 percent more high-profile attacks in the capital city of Kabul compared with the same period last year.

Afghan national defense and security forces also had 27 per cent more casualties from the start of 2015 up to mid-November compared with the same period last year, the Pentagon report found.

Recent setbacks include the brief fall of the northern city of Kunduz to the Taliban, a months-long struggle in Helmand province and an insurgent raid on the airport in the southern city of Kandahar last week that killed 50 civilians, police and security personnel.

President Barack Obama reversed his policy on Afghanistan in mid-October, saying he would prolong the US military engagement by maintaining a force of 9,800 through most of 2016.

The US troops have dual missions of training and advising Afghan security forces and conducting counter-terrorism operations.